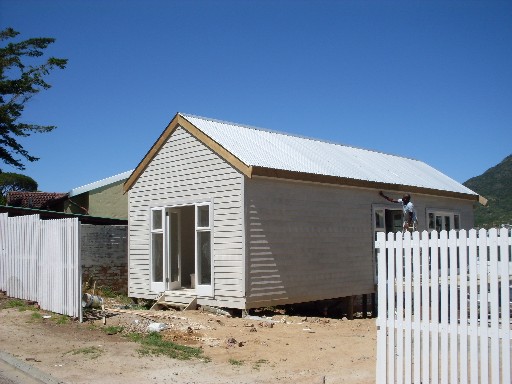 This house is an experiment in designing and building a 1 bedroom house for under R300 000 (or R250 000 if you exclude landscaping).

The concept is to eventually build two of these 1 &1/2 bedroom houses on a sloped plot in Hout Bay, Capetown : each with its own garden.The first part has involved building the 'starter' 1 bedroom house, in timber frame, with plans to add a small second bedroom (big enough for a single bed or study) and then mirror this in adding a second 1&1/2 bedroom house in the open poertion of the plot. 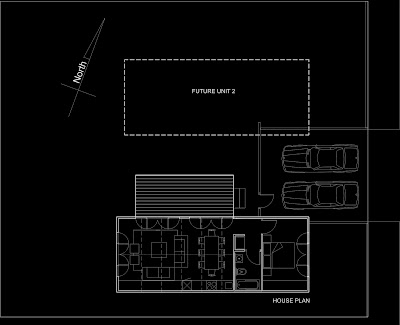 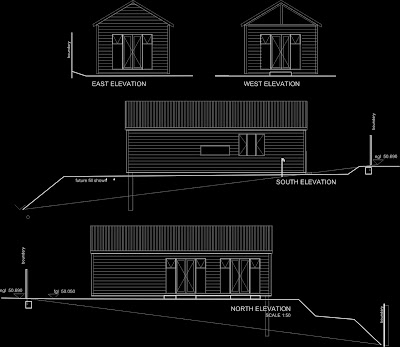 The design motivation in this project was , while building at a very low budget , still produce a house that does not feel like a tiny 'shack' but rather a warm and inviting house and garden : to appeal to someone who wants both a small house and a garden space ,perhaps a professional with a dog or a young married couple. 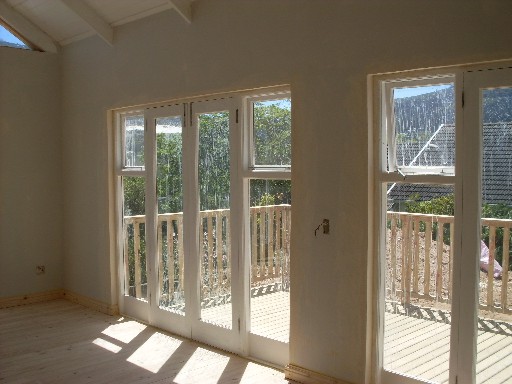 To this end , a more traditional aethetic of a shiplap cottage , reminicsent of the timber beach bungalows found along the atlantic seaboard, was explored . Internally generous height has been given by an open raked ceiling in the open plan lounge/kitchen area , and there is great linking of inside outside spaces onto an outside deck with timber french doors.This more 'traditional' aethetic was chosen over some of the more contemporary 'boxy' aethetics that some current 'pre-fab' options explore.


This is an experiment in creating a real, yet affordable 'entry level' house for someone : and not an exercise in exploring an modern 'box for living in' aethetic.

The photos below show the project underway , and also show the timber framing construction ' in process' : which while very common in Australia and the USA is quite uncommon here in South Africa.

Once the Indigenous Fynbos garden is planted the cottage will look more rooted and established....check up un a while for the finalimages once the site is established and the internal finishes are complete! 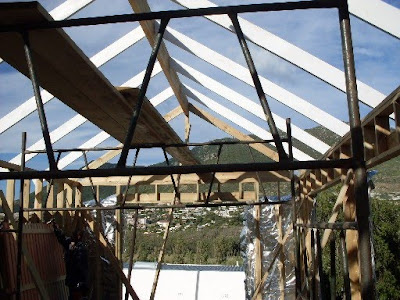 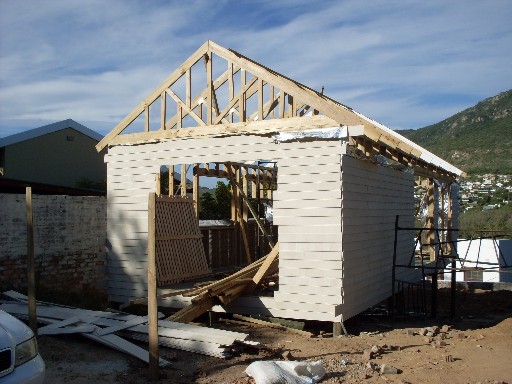 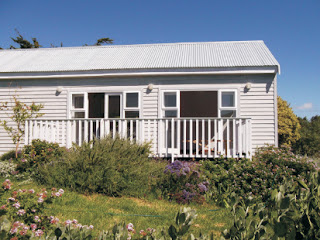 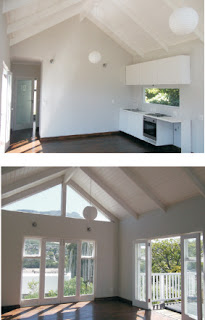 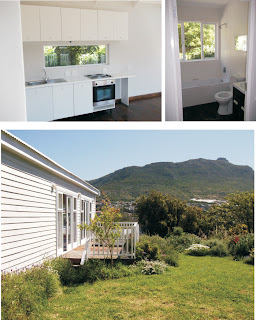