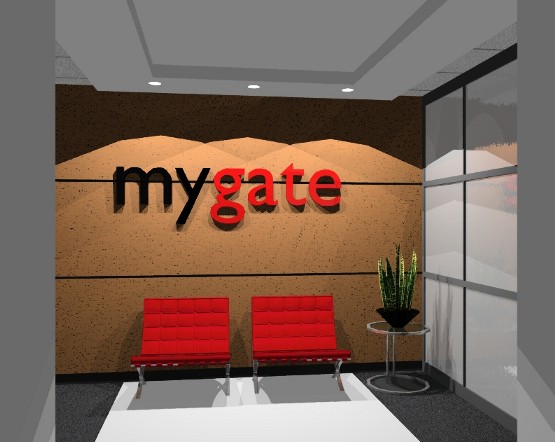 The concept for the internal layouts for the new offices for a company called Mygate, was to utilise both the existing 'just constructed' possibilites of a nearly completed standard unit in an pretty conventional office park , and install new freestanding drywall panels within the open plan areas of this 'spec' office to create a lively workspace for the company.
This approach fitted well into the tight budget for the internal fit-out , and allowed for minimal architectural intervention to still create a lively workplace.
'Mygate' red was used as an accent colour on some of these screening walls and on the existing columns, to enliven the otherwise drab spaces and reinforce the corporate identity.
Some of the new walls , which were still unplastered at the time of taking occupation of the unit, were purposefully left as raw brick , to give a 'industrial' feeling to the workspace, rather than the standard plastered walls which the office park normally provided.
The standard dropped ceilings , as provided by the developer, were also ommitted in the canteen area , in favour of exposing the off shutter slabs above , again introducing a bit of an 'industrial' aethetic to enliven the canteen experience. 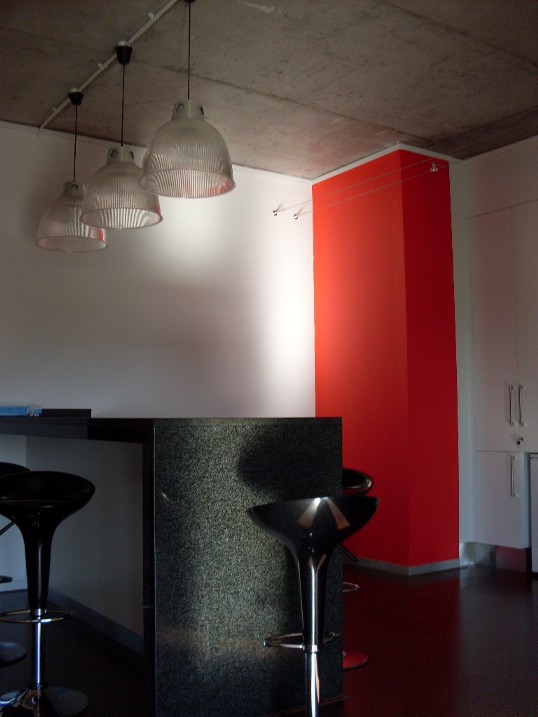 The images show the office layout at the end of the contruction phase , before all the corporate desking gets installed. 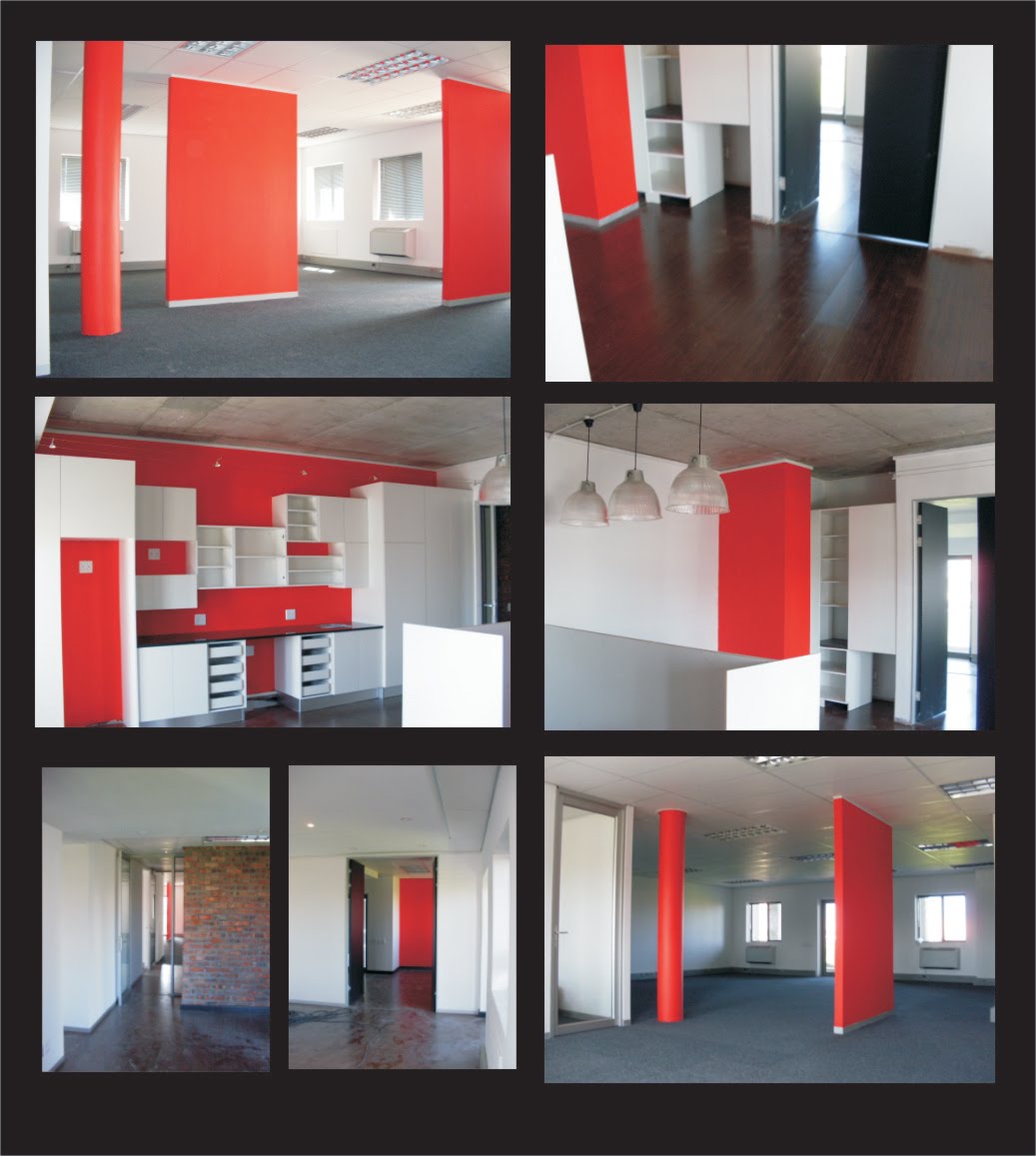